At least seven people were killed and nine were left injured after a wall of rock collapsed on top of their motorboats at Capitolio Canyons in Brazil’s Minas Gerais state.

A view shows the site where a wall of rock collapsed on top of motor boats below a waterfall as firefighters of Minas Gerais state (not pictured) seek for victims, in Capitolio, in Minas Gerais state, Brazil January 8, 2022. (Photo: Reuters)

At least seven people were killed and nine were left injured after a wall of rock collapsed on top of their motorboats below a waterfall in Sul Minas, Brazil, on Saturday.

The incident took place at Capitolio Canyons, a popular tourist destination in Minas Gerais state. Viral videos of the incident on social media showed a tower of rocks breaking away from the cliff wall and came crashing down on two boats, sending out a huge wave over the lake.

Three people were still missing after others feared lost were located by telephone, Reuters quoted local authorities as saying.

The injured were taken to local hospitals in the area. Many had broken bones and one person was in serious condition in hospital with head and facial injuries. At least 23 others were treated for light injuries, authorities told Reuters. 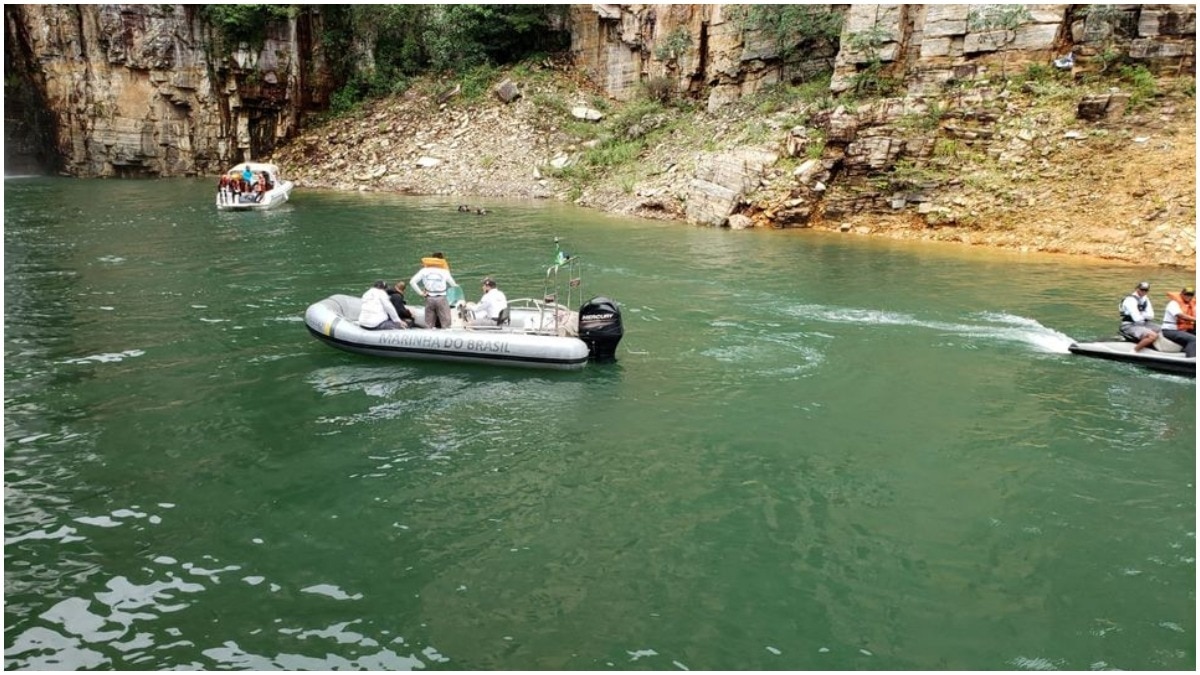 The Brazilian Navy said it would open an inquiry to investigate the circumstances of the accident, according to OTempo news.

The region has been under heavy rainfall for two weeks, which could have loosened the rock face.