At least 52 people were killed and over 50 others injured in a massive fire that broke out at a six-storey juice factory outside Bangladesh’s capital Dhaka, according to media reports on Friday.

The fire broke out at around 5 pm on Thursday at the Shezan juice factory in Naryanganj’s Rupganj, according to fire officials.

It is suspected that the fire originated from the ground floor of the building and spread quickly due to the presence of chemicals and plastic bottles.

Rescue workers carry the bodies that were recovered after a fire broke out at a factory of Hashem Foods Ltd in Rupganj, Narayanganj district, on the outskirts of Dhaka, Bangladesh, July 9, 2021. (Reuters)

Fifty-two people have died and over 50 others were injured in the fire, the Dhaka Tribune reported. Several workers jumped off the building to escape the devastating fire, it said.

Eighteen firefighting units were struggling to douse the fire at the factory building of Hashem Foods Limited.

People gathered in front of the building in search of their loved ones who are still missing. Of the many missing, the identities of 44 missing workers have been confirmed, the newspaper said. 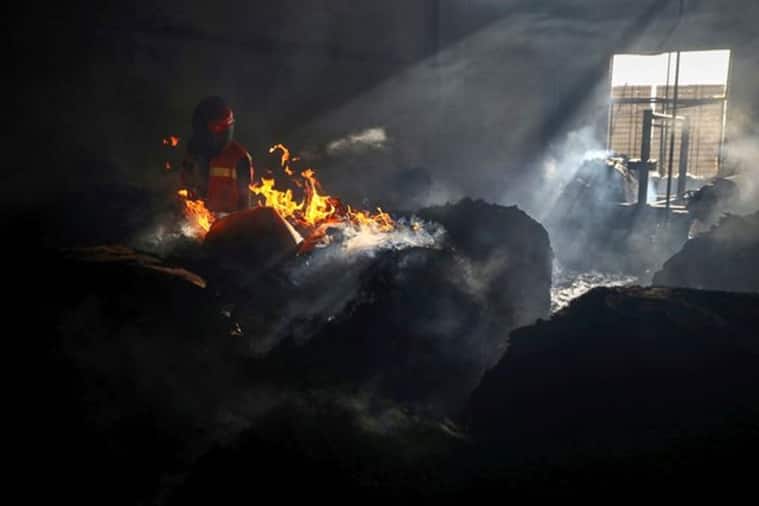 A firefighter tries to extinguish fire inside the building after a fire broke out at a factory named Hashem Foods Ltd. in Rupganj of Narayanganj district, on the outskirts of Dhaka, Bangladesh, July 9, 2021. (Reuters)

Rescued workers and relatives alleged that the front gate and only exit of the factory remained locked at the time of the fire. They also claimed that the building had no proper fire safety measures in place.

Deputy Director of Narayanganj District Fire Service Abdullah Al Arefin said it will take some time to fully control the fire. “Until the fire is doused, it is not possible to say exactly how much damage has occurred and the cause of the fire,” he added. 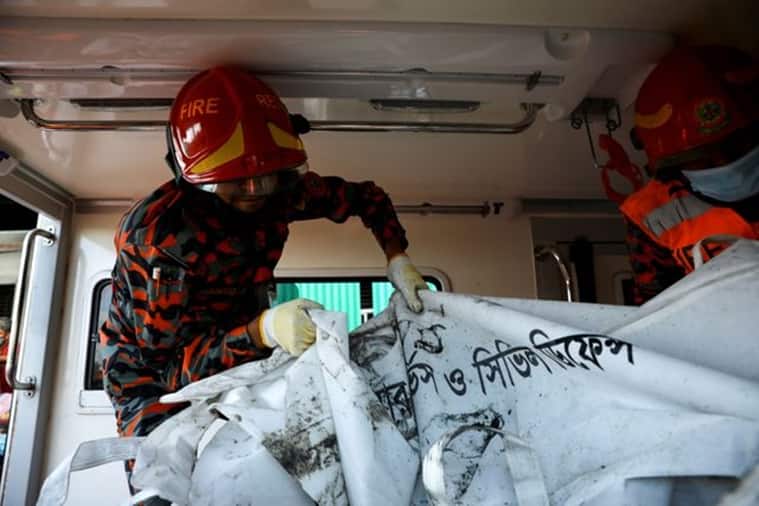 Rescue workers carry the bodies that were recovered after a fire broke out at a factory of Hashem Foods Ltd in Rupganj, Narayanganj district, on the outskirts of Dhaka, Bangladesh, July 9, 2021. (Reuters)

A five-member probe committee has been formed by the district administration to look into the incident.

In 2019, a fire in the oldest part of Dhaka a 400-year-old area cramped with apartments shops and warehouses left at least 67 people dead. In another fire the same year at least 25 people died when a multistory commercial building was engulfed in flames.

In 2012, a fire raced through a garment factory on the outskirts of Dhaka killing at least 112 people trapped behind its locked gates.

Another fire in Old Dhaka in a house illegally storing chemicals killed at least 123 people in 2010.