New Delhi: North Korean dictator Kim Jong-un’s slimmer look has triggered speculations about his health conditions. Photographs that have emerged online show a thinner Kim Jong-un as against his images in 2020.

NK news carried out a detailed analysis of the North Korean supreme leader’s latest look after his images surfaced in state media after a gap of over a month. Analysing the images released by the state media, the report shows how his left wrist is thinner than the one seen in photographs released in November 2020.

“The luxury watch he frequently wears seemed to be fastened more tightly than before around an apparently slimmer wrist” the report noted.

Kim appeared in public on June 6, after a gap of four months

According to the report, Kim Jong-un weighed about 140 kg in November 2020 and had gained 50 kg since coming to power in 2011. While the report speculated that the weight loss could be related to changes in lifestyle, or other complicated issues surrounding his health, the guesswork around his look is also a matter of info-gathering by global intelligence agencies. 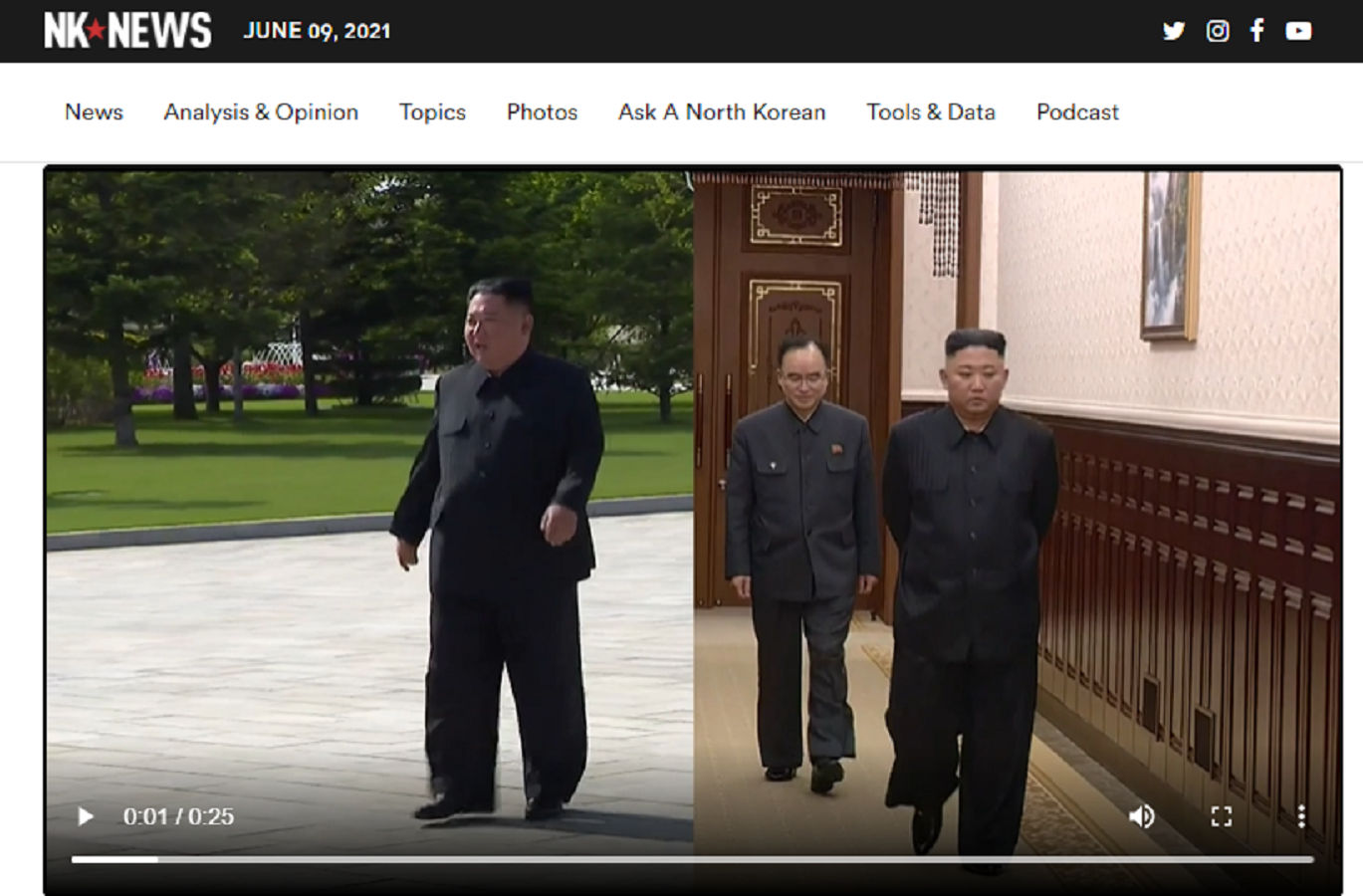 (Screengrab of a video shared by NK news)

After a gap of almost four months, Kim Jong-un appeared in public for the first time on June 6, when he posed for a photograph with the military families of North Korea. He is also slated to hold a plenary meeting of the party later this week. The deliberations are expected to last over several days.

A chain-smoker, the 37-year-old dictator’s health has been a matter of speculation for years. In 2014, he had disappeared from the public eye for almost six weeks, triggering concerns about his health. North Korea-centric news websites had also speculated how he could be prone to cardiovascular diseases because of his weight.