The papers, which were shared by the International Consortium of Investigative Journalists (ICIJ), reveal that many of the country’s powerful military generals, businessmen and media owners have transferred millions of dollars through offshore companies.

More than 700 prominent Pakistanis were named in the investigation, released on Sunday.

Khan himself, however, was not named in the papers. The prime minister came to power in 2018 after promising to end rampant corruption, and had earlier launched a relentless election campaign based on anti-corruption rhetoric.

Water Resources Minister Moonis Elahi and Finance Minister Shaukat Tarin were among the most prominent names included in the ICIJ report.

The leaks are based on more than 11.9 million secret files disclosed from 14 offshore financial services firms.

The Pandora leaks are based on more than 11.9 million secret files disclosed from 14 offshore financial services firms. (File)

Reacting quickly to the leaks, Khan on Sunday said his government would “investigate all our citizens mentioned in the Pandora Papers [and] if any wrongdoing is established we will take appropriate action.”

“I call on the international community to treat this grave injustice as similar to the climate change crisis. If unchecked, inequalities between rich & poor states will increase as poverty rises in the latter. This in turn will lead to a flood of economic migration from the poor to the rich states, causing further economic & social instability across the globe,” Khan wrote on Twitter.

‘Everyone will be thoroughly investigated’

Information and Broadcasting Minister Fawad Chaudhary told DW that “Khan has set up a high-level cell under the Prime Minister’s Inspection Commission to investigate the people named in the Pandora Papers. Everyone involved will be thoroughly investigated and necessary action will be taken against the culprits.”

He said the National Accountability Bureau, the Federal Board of Revenue and the Federal Investigation Agency would handle the probe. They will also look into the officials’ adherence to the law under Article 62(1)(f) of the country’s constitution — the article under which former Prime Minister Nawaz Sharif was disqualified by the Supreme Court in July 2017 in the Panama Papers case. 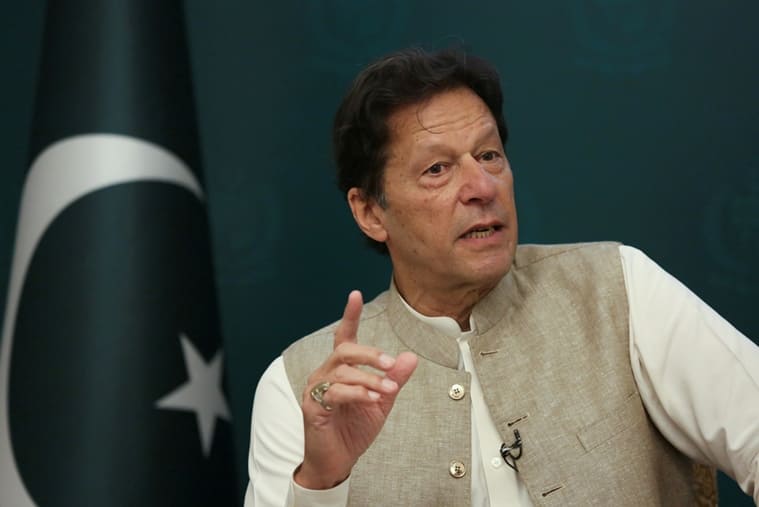 Opposition figures have also called on the Cabinet members and associates to resign and face the investigation.

“We are not seeing the same kind of reaction from Imran Khan as when he was part of the opposition and the Panama Papers came out,” Shazia Marri, a lawmaker from the opposition’s Pakistan Peoples Party (PPP), told DW. “There was no excitement this time around because some of the names are associated with Khan’s Cabinet. Those involved should step down.”

Some analysts believe that the revelations brought by the investigation will not create have a substantial impact on the current political order.

“I don’t think there are major political consequences for Pakistani politics. This is mainly because Khan himself wasn’t named in the report, and Khan came out very quickly with an emphatic statement vowing to conduct an investigation,” Michael Kugelman, a South Asia expert at the Washington-based Woodrow Wilson Center for Scholars, told DW.

“That said, any revelations of corruption within his party are a big deal, given that its main plank for its entire existence has revolved around anti-corruption,” Kugelman said.

“There won’t be many implications for the present setup unless any concrete action is actually taken. If those from the Cabinet who are named in the Pandora Papers step down until their names are cleared, it will create problems for the government,” Mehmal Sarfraz, a political analyst, told DW.

“I don’t see any serious implications or threats to the Khan government or Cabinet after the leaks. This is no crisis for the government. Not even close,” Malik told DW. “At most, this could give Khan an excuse to get rid of Moonis Elahi. Khan really never liked him, but Elahi is still politically very important for him as a strong electable.”

Politicians ‘not taking it seriously’

Khan has announced investigations into the massive leaks, which cast negative light on politicians who present themselves as clean.

“Announcing an investigation on Twitter and forming a commission under the government seems only to be a formality. He [Khan] is not known for living up to his previous promises, and his ministers are doing political bashing on Twitter, against other names appearing in the leaks. They are not taking it seriously enough,” said opposition lawmaker Marri.

Kugelman believes that Khan will enthusiastically pursue the investigation.

“One can accuse Khan of taking U-turns on policy, but he has been unflinchingly consistent in his stand on corruption,” he said. “He will want to ensure that there is a credible investigation of these allegations. It’s important for domestic politics in Pakistan, and especially with the next scheduled election less than two years away.”

Political analyst Sarfraz believes that few of the people named will see repercussions for the leaks. “Offshore companies, as long as they’re declared under the law, are not illegal. Only those who didn’t declare them may face some problems,” she said.

Malik also believes that Khan’s government will not take an investigation seriously. “In Pakistan we know that the best way to postpone action or defer an issue is to create the illusion of accountability by announcing a high-level commission. And this isn’t the first commission announced by this government,” she said.

“Consider the fact that it’s just one day after the leaks and already the media has lost interest in the story,” she said. “The Panama Papers received sustained media attention in Pakistan, but interest in these leaks already seems to have fizzled out here, unfortunately.”

Investigating the names of retired military officers and their families is going to be a test for Khan, who may have trouble launching a thorough probe against such figures. Kugelman and others believe that the accountability process will not ruffle the feathers of powerful military officials named in the Pandora Papers.

“Given the realities of Pakistani politics, one tends to expect that military officers are more likely than civilian leaders to receive the kid gloves treatment. But Khan could make a big statement by indicating that all Pakistanis identified in this report, whether civilian or military, should be investigated, with no exceptions,” Kugelman said.