The truck which collided with a Taiwanese express train last week killing 50 people slid onto the tracks only around one minute before the accident happened, the government said on Tuesday, as it released dramatic footage of the impact.

The packed train carrying almost 500 passengers and crew slammed into a truck near the eastern city of Hualien on Friday, causing it to derail and the front and middle parts to crumple. It was the island’s worst rail accident in seven decades.

The truck had slid down a sloping road from a building site onto the tracks just outside a tunnel. Officials suspect the truck’s brakes were not properly applied and are investigating the manager of the site. 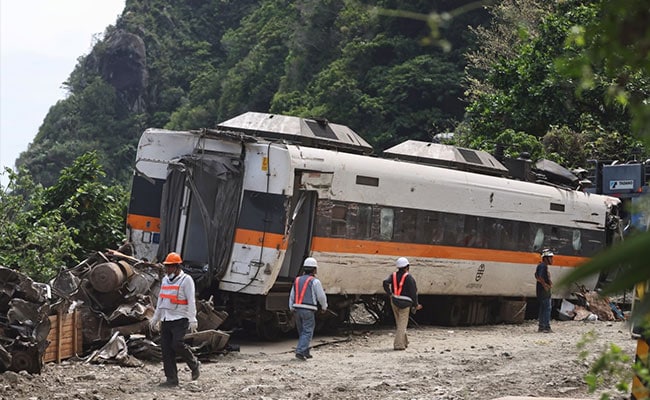 Young Hong-tsu, chairman of Taiwan’s Transportation Safety Board, said they had reconstructed how the truck had ended up on the rails, tracking its movements down the dirt road before it slipped off a bank and landed on the railway line, its front end facing the oncoming train.

Young showed recovered footage taken from inside the driver’s cabin as he desperately tried to slow down before hitting the truck at the entrance to the tunnel, causing the train to de-rail.

“How much time was there between this truck sliding onto the track and it hitting the Taroko express? Actually it was only a little bit more than one minute,” he said, referring to the name of the train. 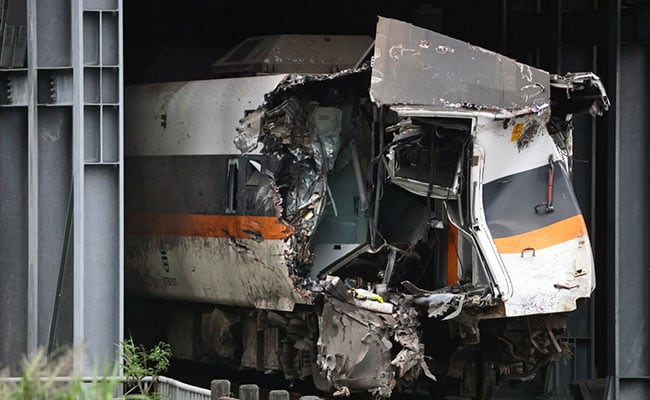 It was the island’s worst rail accident in seven decades

Young said the driver had no time to properly slow the train and avoid the accident as he had only seconds to react, the truck being on a bend and not visible until it was too late.

In a screenshot from the footage, the truck is clearly seen straddling the track, with leaves and branches sticking out of its front from when it slid down the wooded bank. 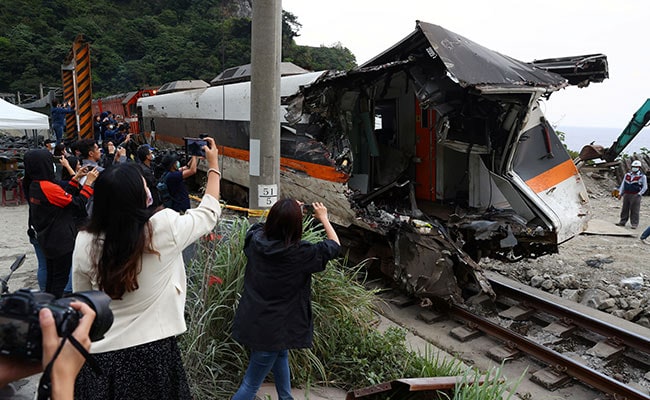 The victims included two Americans and one French national.

Young said Taiwanese authorities had been in touch with the U.S. National Transportation Safety Board and France’s transport safety body to see if they were interested in helping with the investigation.

(Except for the headline, this story has not been edited by NDTV staff and is published from a syndicated feed.)

Written By
Bong Dae
More from Bong Dae
Holi Horoscope and Lucky Colour: Holi has become a part of the pop-culture...
Read More